Sense and a Story through Writing, Entitlement and Life Goals

When I began this blog, I thought it was going to be a way to keep me focused on...my writing. I started it in December of 2007 and by January Kath had been diagnosed and life just began galloping on a very different path than I ever imagined I would be on. (Warning: This post is more about writing than about Kath.)

I've been thinking a lot about my writing, about entitlement and about Life Goals.

Writing. I remember sitting at my desk at home and joining an online writing group, doing exercises, and starting to feel as though my energy and voice was returning to my words and stories through a community of very supportive writers. Then while I actually was online connecting to this other self of me, I got a phone call saying that my youngest son had been in a terrible accident in PE class, and was on his way to the hospital. When the school called me though, they actually could not get through because I was online writing and connecting with my New Writing Self (this was before we had a phone line designated for online usage). I live in a small town, the school where I worked and was currently job sharing my position so I could be home with the girls, was also where my kids went to school. They knew who my neighbor was so they called her and she rushed over to tell me to call the school. Nick spent 3 days in ICU and another day in a regular room. I became terrified to be online, in case someone couldn't reach me. I began to obsess over checking my phone, in case something else terrible was going to happen. Sporadically, I found times to write. Eventually our internet changed and we added another line dedicated to internet. But my writing was still sporadic and I always felt a bit guilty if I were writing. Always feeling like if I took my attention off my family...something might happen.

And I also felt as if  I were not Entitled to writing time, if I didn't clean first, grade first, respond to emails first, blah, blah, blah. I was never 'caught up' and since writing was just a 'hobby, ' I couldn't seem to get over feeling like I was not entitled to write.

Writing takes a lot of time. You have to make a lot of mistakes (at least I do anyway!) before you can actually get something kinda-sorta right or at least on the right track. Again, I would tell myself I was worthy, I was entitled to try to write, but the guilt would come back. Who am I to demand my family to do and continue on without me, while I tap out words trying to make sense of either my story or my mind?

Once Kath was diagnosed, if I sat down I fell asleep, or I could never remember where I left off in my story and I either had to re-read everything---therefore using up my few spare minutes, or restart, promising myself I would remember the next time. Writing for me also meant I wasn't researching how to help Kath, paying enough attention to Alex and Kath or Roger, contacting or spending time with Chris and Nick, grading papers, etc. So I didn't feel I was entitled enough to focus on something important to me again. Or still.

Which brings me to Life Goals. My light has been dimming on my writing lately and I have been having internal discussions. Maybe I don't really have a story in me. Maybe I don't have the fortitude to go-the-distance on a story. Maybe if I was 'meant' to be a writer, it would be easier and I would 'find' time. Maybe it would be better off for my family if I just focused on what they need so everyone else can do what they need and want, especially since anytime I do step back or out...whether for an event at school, foodshopping, or the front porch to write, when I return I find chaos.

(Chaos is that my youngest hasn't been hydrating so I come home to melt downs and tears and frustrations. Chaos is that none of the normal day-to-day musts have been taken care of.
Chaos is that when I come home it takes time to bring everything back to baseline. My husband tries, but he does not see the interconnections of what impacts Kath's thinking and planning, he disdains any lists I leave and will instead start an entirely new and huge project which means he loses track of time, leaving Kath, unintentionally, untethered and lost. Chaos is that making up for the time I was gone or writing, takes longer than if I had stayed in the first place. I am 'on' 24/7.)

So, I tell myself...get up early. Or write after everyone goes to bed. This is your Goal, Veronica, make it happen. Geez, how many times have I heard from people-- who do not live in my world-- "We all make time for what is important to us." That's a pretty platitude, but when one is trying to raise children, and when one of those children has disabilities and you are trying to make sure you raise her so she can exist in this world without you...there is no Me Time, or Entitled Time, unless someone else takes your spot, holds back other things for you and allows you the space and the time to do that...and makes sure that things run as if you were there...otherwise, when I do come back in, the catch-up time almost always makes it not worth leaving/stepping back in the first place.

So, what do I do? Seeing as Kath needs me to sleep with her because she is afraid to sleep by herself---she, and I, still have some trauma from those scary nights before she was diagnosed with epilepsy and put on medicine (see previous post) when she was having seizures while she slept...so if I get up any earlier, so does Kath. That's not ideal, Kath needs sleep. I have gotten Kath to allow me to read to her at night, tuck her in, and then allow her to fall asleep by herself so I can spend some time with my husband and Alex. Roger has become involved in plays and their rehearsals, and Alex usually has homework, but this summer, after the girls' dance classes and their play rehearsals, we have been watching 'Game of Thrones' and watching the evening news, discussing what is going on and what our responsibilities are as citizens. During the day...it's a myriad of activities and driving and such, and now there is a puppy. Oh boy.

So, what do I do? Do I give up on writing, on a Life Goal because I don't feel I am Entitled to it when I have such a huge responsibility? My gut says, No! What kind of lesson is that?

But my energy and my brain say, "As important as my Life Goal is, Kath needs." Perhaps there are moments I can steal and try to create Sense and a Story from writing, entitlement time and space.

There are always distractions. Kath will always need me. There will always be distractions and the tide of chaos will not likely to be held back for more than moments at a time. But it has me wondering and trying to find the strength and fortitude to make up my damn mind. I'm not getting any younger. If I don't attempt to push through the crinkly and shiny times and distractions, will I be a 'wannabe?' (As in "I wanted to be a writer...".)

Or will it be like when I was a young and pregnant mom who decided that *if* I did not return to school to be a teacher, my sons might feel as though I gave up on my dreams or would they feel guilty because I let myself be stopped? Now that I am an 'old' mom, if I don't push through and find myself in my writing, will Kath one day read this, or find out, and feel sad? I would rather she and Alex (and the boys) know that *because* of them I did push through and write...whether it amounts to being published or not. I would rather walk my talk.

And somehow, walking myself through the talk helps to fortify me to push through and make my steps, one at a time, to perhaps making Sense and a Story. Funny how writing down one's thoughts often can make more sense of one's thoughts, and make them more organized. Wish me luck. Here I go! Again and Still.
Posted by V. Gaboury at 7/17/2019 08:06:00 PM 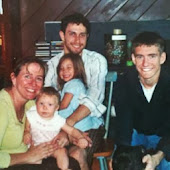 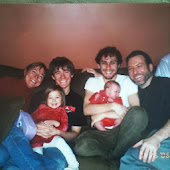 "I think I remember making this bag!" Uhm...no.

And they lived hapily ever after

May is Pediatric Stroke Awareness Month 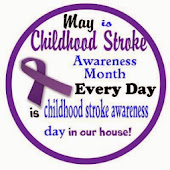 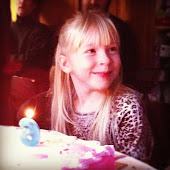 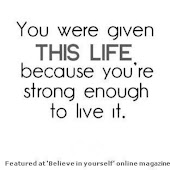 My brother John, my dad, my brother Charlie, my mom and me 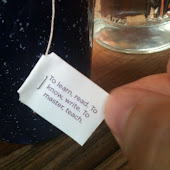 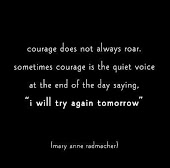 My hearts that live outside my body

Dropping Chris off at Amtrak

That's our tree lurking behind us.... 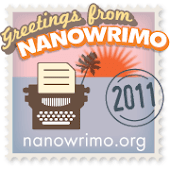 Kath at the beach, stormy day, but beautiful sunny smile.

Kath climbing UP the slide!!

The girls w/momma on the beach

On the beach with daddy...

Kath showing off her pic

Nick putting together the girls' lawnmowers

Kath's first intro to hippotherapy, not so happy

Kath and Alex the bathing beauties

Grandma and Pepe Gaboury with the girls

Alex taking the first hit of the pinata

Chris, he just dresses that way, not looking silly for the pinata

Kath going through the tunnel

Tired baby. One day after PT

When Kath first began to pull herself up

Everyone hunting for eggs

Alex in her flower hat from Aunt Eye

Chris in a flower hat from Aunt Eye

Chris and Nick hamming it up

Deer in the backyard.

All my guys, including the one taking the pic

Hi. I am a mom of 4, a wife/partner of 1, a daughter of 1, a niece of a few, a sister of 2, a friend of few and a teacher of many.
I enjoy spending time being with my family, reading, writing, playing, laughing and being a political junkie. Oh, and drinking java.

I aspire to write a story. I am a writer-in-training.